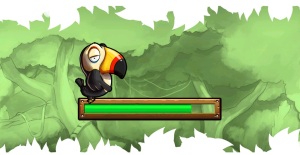 Before the failure comes the success. I decided quite a while ago that I wanted to work for a publisher. When I got offered the position as a bookseller, I happily took it, mostly because I knew I could spend my days with books. But, there were rumours in the air that you also needed to have a little bit more than just “a passion for books” if you want to work for a publishing company. Important information: All the leaked information can be find on the internet! For example on the site of The Society Of Young Publishers.

A couple of weeks ago I saw an advert for an internship with one of my favourite publishers, who happen to be based in London, and so decided to put together a cover letter, update my CV and try my luck.

In my cover letter, I talked a little bit about my education – I ditched my History and German studies for various reasons – reasons that you will probably need to justify in an interview – and then decided to do a Creative Writing degree in London. In Germany I had also written for a music magazine called OX, conducting interviews with bands, translating them into English and reviewing graphic novels. I also have two pieces of my own work published, one in a book called “Freunde – Ein Sammelwerk” and the other one in an independent publication called HRVST – Death. Generally, I don’t talk too much about these things because they somehow just happened to me and I don’t see anything special in it, but then again – if you go for a job you don’t want to sell yourself short, eh?

Still, I was flattered when I received the invitation of an interview with said small publisher in London. It showed me that whatever I did, I did at least something right.

Stage 2 – Getting Used To The Gameplay 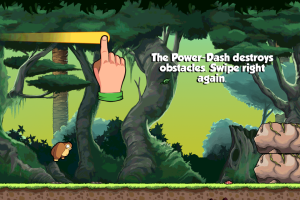 Do I really need to spill the beans here? It goes without saying that you will prepare your job interview. Obviously you could argue that I didn’t do my preparation right, but I wrote and rewrote my pitches, practicing them over and over until I had learnt them off by heart. At least I can say that I was prepared.

Step One: (Re)search and Destroy

As we all know, it looks good to know a little bit about the company that you have applied for. Every publisher has their own internet presence these days; drive their traffic by starting your research here. Other weapons of choice: Google/Twitter/YouTube. The Bookseller was my extra power-up, here you find the latest news from the industry.

Next level up: Talk to your friends that either are in publishing or that have done internships with publishers. They might have some more tips on what to expect from the interview.

Think about what the brand identity of the publisher is, why do you want to work for this specific publisher and not for someone else? What distinguishes this publisher from other, similar ones?

Step Two: Do as they tell you

The publisher had asked me in their email to prepare a two minute pitch on why I would make a good intern for them and to talk about a book that they published and which I really liked. This obviously made an excellent excuse to add some more books into my own private library.

As I am not an English native, the prospect of not finding the right words during an interview is harrowing. Hence I tend to write down my answers and then rehearse them. Evidently this has some advantages/disadvantages. One of the advantages is that it helps me to deal with my nervousness. The biggest disadvantage lays in not appearing spontaneous anymore.

Step Three: Arm yourself with Questions

Having questions shows that you are interested. That’s what they tell you, so do it.

Questions I prepared: Zero. Instead I anticipated question in regards to the state of the German book market. What are the books that I would recommend to translate (for everyone out there who might have some influence on this – we could do with a new edition of Christoper Ransmayr’s The Terrors Of Ice And Darkness and what exactly happened to the translation of Kracht’s Imperium ?), which books I read from the current longlist of Deutscher Buchpreis (Answer: none! I could say that I am interested in reading Zwei Herren Am Strand and Vor Dem Fest. Which probably would have made really good answer as my research has shown me that my publisher recently acquired the rights for the last title.)

Questions that came up during the interview: plenty. For example I asked how long it takes to actually produce the book (18 month to two years) or how they discover books that they decide they want to translate (travel in your home country that has probably a more diverse book market than the UK and buy the books). I didn’t ask what my internship would entail, I had the feeling that this was already answered during the interview. A lot of it seems to be posting letters to publishers, writing emails, being responsible for social media content, drafting press releases etc. As this was a small publisher they told me that after a few weeks it becomes apparent where the intern fits in best and interns pro-activly create own little projects.

No one wants you to fail. Quite the opposite: the people that invited you are interested in meeting the person behind the CV. They want to see that you make a good fit for the company and that you are generally the person that you claim to be in your covering letter. What I found is that if you meet the right people, your interview will flow quite naturally and is actually a lot of fun.

If I would give myself a star rating, I probably performed three out of five. I have the tendency to be more lively when trying to overcome my nervousness. Which can mean that I sometimes appear to lack focus, which I believe was the case here. I couldn’t put the message across that I am the right person for this internship. My rehearsed speech was stiff and had the wrong focus, I could see that my interview partners were a little bit irritated. Bad no no: claiming you are an expert in literature but than introduce Peter Handke as a German author. Very bad, indeed.

While I could answer the question of what I believe my strengths are, I didn’t evidence my answer. Neither did I expect the ‘oldie’ of what my weaknesses are. Can you believe what I said? I am too chatty and lack confidence. Beginner’s mistake. Presumably they thought that I will sit in their office and talk talk talk until their ears are bleeding. 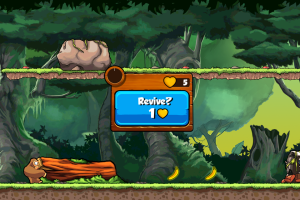 Okay so there is no surprise when I write that I didn’t get the internship. However, the email that came from the publisher was nice, although quite generic when it came to the “stronger candidate” bit. But hey, it’s hard to invent the rules for a game new. But I don’t want to moan, because the editor offered me the chance to write him with further questions in regards to how to get my foot in the door. I pinged back an email asking what I could do to raise my profile and if he could give me any further tips. Because next time I want to be the one who is the ‘stronger candidate’. I will repost the response if or when I will receive one.

What now? Well as in any game you can simply press reset and start all over again. That’s the beauty of it.

What am I reading?